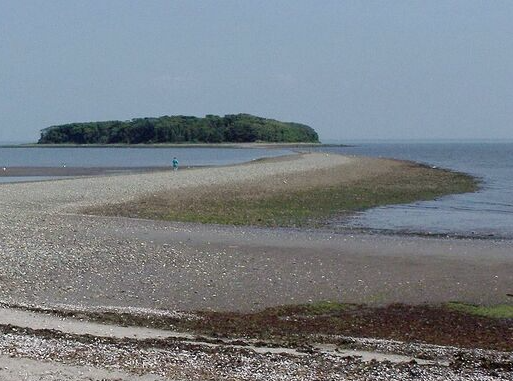 Charles Island, located in Milford CT, looks like an unassuming small island that is home to the largest breeding colonies of herons and egrets; but local legend says it is a ‘cursed’ island and the alleged home to the famous Scottish pirate Captain Willam Kidd’s buried treasure.

Though no treasure has been actually found on the island yet, the legend of Captain Kidd’s treasure still draws in would be treasure hunters to its sands!