a once in a lifetime opportunity

This week Angel’s husband Jamie and his business partner Matt Berry had a once in a lifetime to collaborate on a commission request sent to them: create a sword for the commander of Inspiration4 – the first all civilian crew to orbit the earth at a distance a bit farther out than even the International Space Station orbits at! Here’s the kicker: it had to be done and shipped within less than 2 weeks!

Jamie created the sword, while Matt worked on the pieces for the guard, handle, and pommel. The sword itself is a custom mosaic Damascus pattern that Jamie designed. He then used 18k gold to inlay ‘Inspiration4’ into the blade.

For the guard Matt carved 2 medallions and then cast those with silver. On the front of the sword is the Inspiration4 emblem that the crew wears on their flight suits, on the back is the other medallion that has each of their calls signs, the symbol of the dragon space capsule, and the date of their mission. The dragon was carved and cast in bronze with amethyst eyes, and also has a cast silver coin with the St Jude emblem in it, while the handle is made from stabilized cherry burl.

Truly a masterpiece to behold, and one that Angel was lucky enough to photograph for them so they could document it for their portfolio (which you can also see a few down below). An inspiration to see the civilian crew make history, and an inspiration to see the work that the swordsmiths at Dragon’s Breath Forge continue to create. Bravo guys! 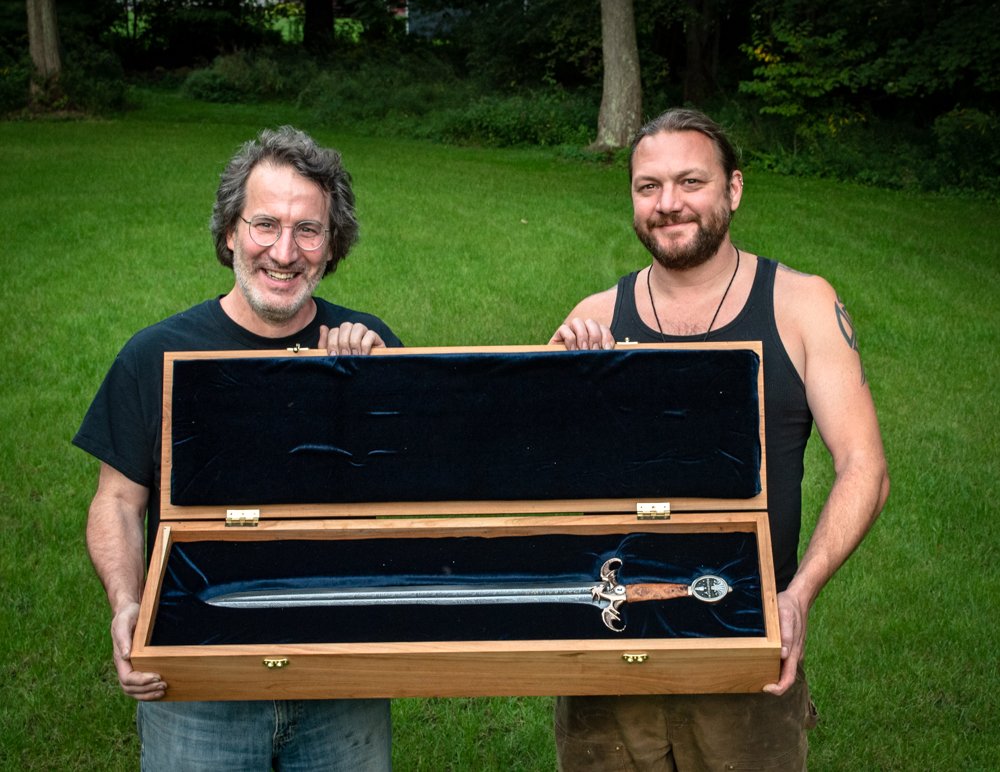 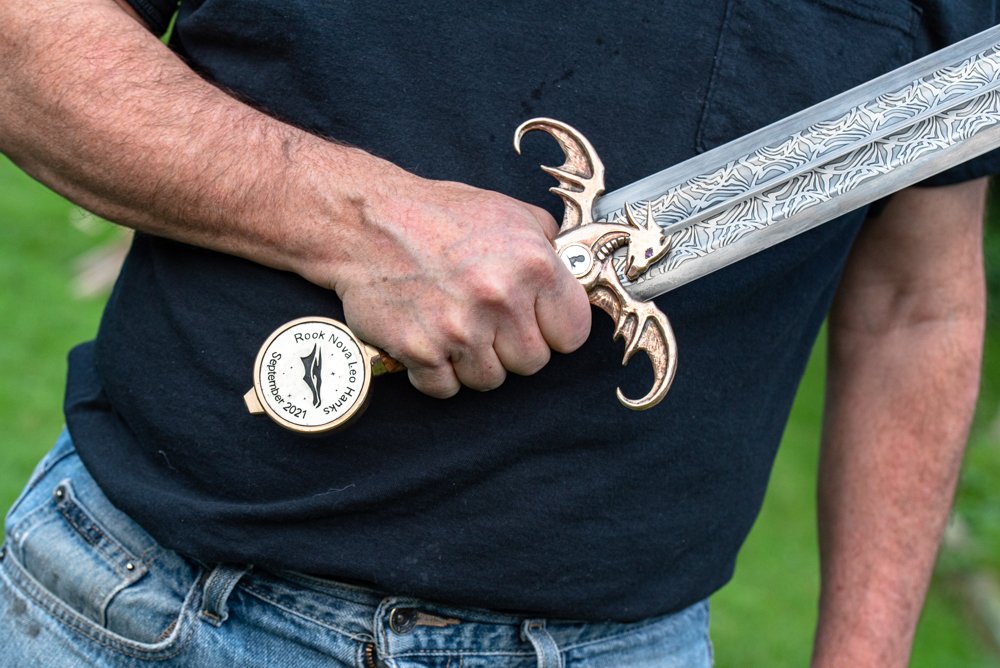 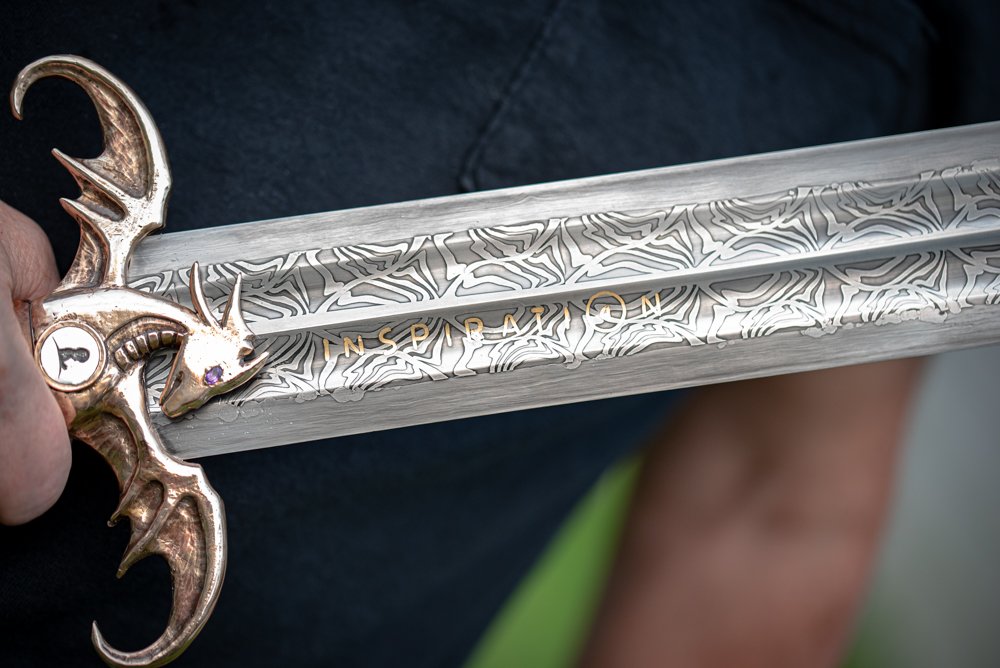 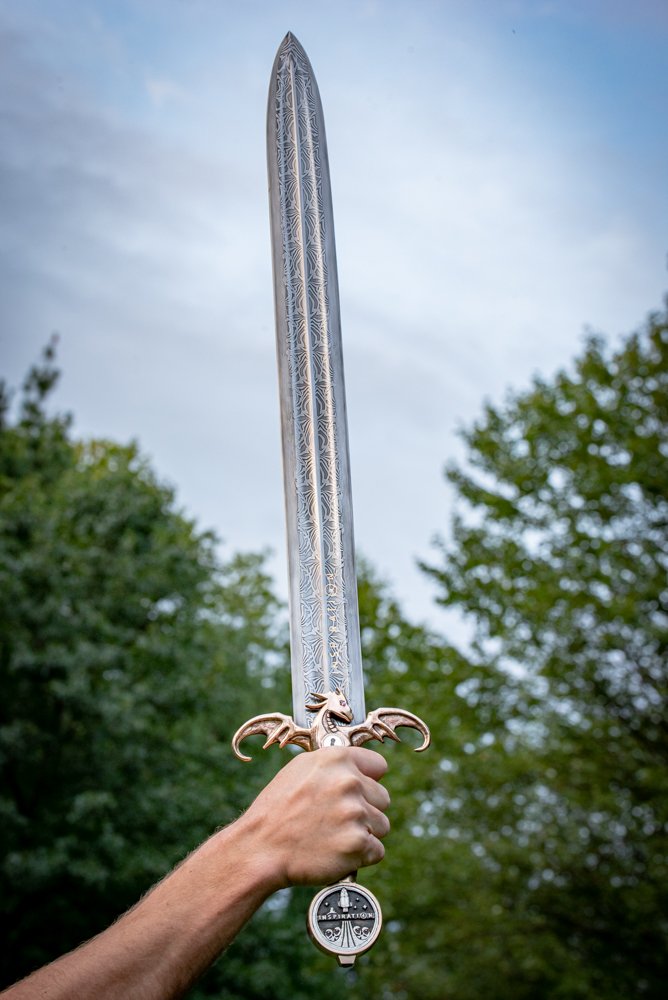 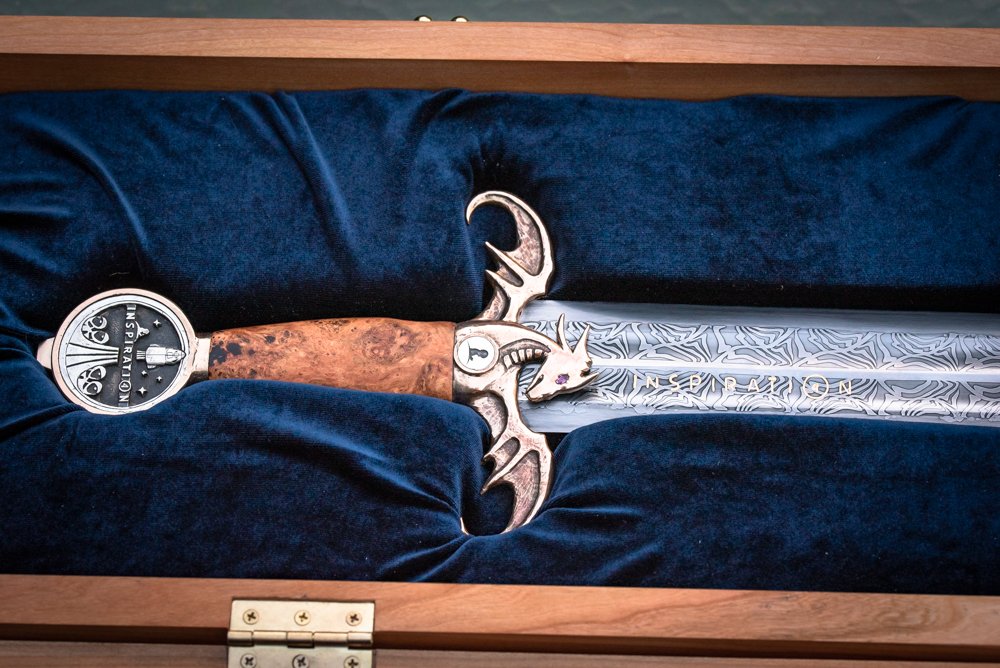 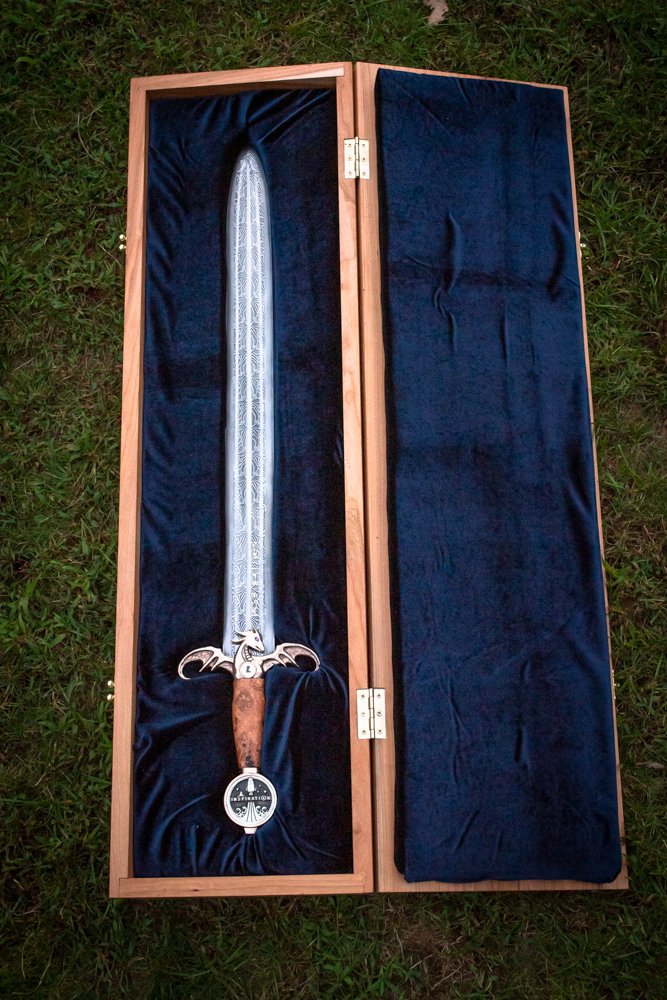