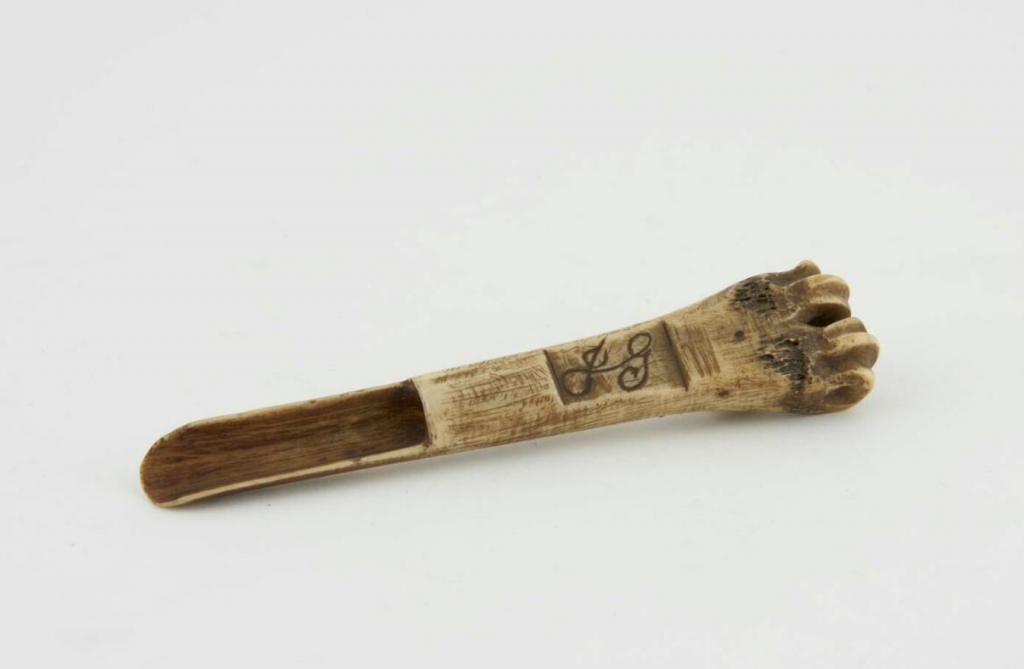 Back in the 1600’s, not many of the elderly living in Britain could afford dentures – typically only the very wealth could afford this luxury. So instead, they used an ingenious tool that help them eat hard fleshed fruit, like an apple, even if they had little or no teeth. It is called an apple scoop, and it’s whittled from the bones of sheep. Apple scoops may have been cheap, but skill and creativity could make them beautiful. Some have handles delicately pierced like lacy gothic windows. Others are etched with bold red zig-zags.